World Sports Alliance - The right reasons to fund Sport for Development and Peace Initiatives (SDP). Reason 6: The role of Whistleblowers. 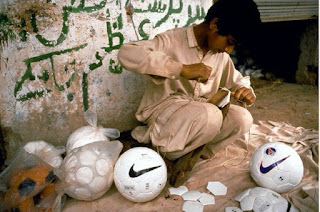 The right reasons to fund Sport for Development and Peace Initiatives (SDP).

Reason 6: The role of Whistleblowers.


Whistleblowers are doing their job. According to Wikipedia, when "they know of a danger, a risk or a scandal, (they) send a warning signal that triggers a process of regulation, controversy or collective mobilization." In sports, as elsewhere, whistleblowers have been and remain vigilant.

In the Sport for development and Peace” (SDP) sector, social movements such as "Nike Watch" and the "Clean Clothes Campaign" have campaigned against exploitative and oppressive practices in factories manufacturing sports goods. Their action has forced companies to adopt procedures that respect human rights and to engage in SDP initiatives. 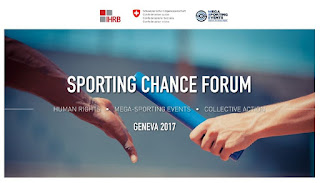 Whistleblowers are doing their job. I reported in my blog about the abusive treatment against young athletes, especially young African footballers, by malicious agents.  Let us not forget the corruption and the human rights abuses in some federations or in some countries organizers of sports events. In this regard, the work of IHRB is exemplarily co-hosting the global "Sporting Chance Forum on Mega-Sporting Events and Human Rights" in Washington, DC, in 2016 and Geneva in 2017.  But among whistleblowers, as in any socio-professional class, some are good, others not so good. See next episode.

Follow an example of funding sports initiatives for development and peace:
https://www.igobit.com
Posted by AreutSevices at 6:00 AM