In Rabat, the Secretary General of the World Sports Alliance Intergovernmental Organisation, Dr. Gilles Klein, meets the delegations of the Member States

In Rabat - Morocco, Dr. Gilles Klein, the Secretary General of the World Sports AllianceIntergovernmental Organisation (WSAIGO) and the Director of Cabinet of the General Secretariat of the WSAIGO, Mrs. Sylvie Delpech, organized informal working sessions with representatives of the Member States of the Intergovernmental Organization who attended the first African school Sport Forum. 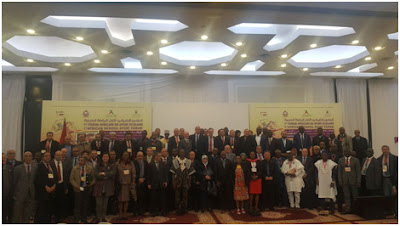 Thirty-eight delegations from African Countries were present on the 15th and 16th of January of 2018 in Rabat to participate at the first African Forum of School Sport. The Secretary General of the WSAIGO took advantage of this opportunity to meet with the delegations of the Member States of the WSAIGO Intergovernmental Organization on the sidelines of the formal sessions of the forum organized by the Kingdom of Morocco and the International School Sport Federation.

Thus, the Secretary General, Gilles Klein, and the Director of Cabinet of the General Secretariat, Sylvie Delpech, were able to organize informal working sessions with eleven delegations of Member States of the WSAIGO: Burkina Faso, Benin, Ivory Coast, Ghana, Morocco, Niger, Senegal, Togo, Tunisia, Central African Republic and Rwanda. The delegations of each of these Countries were led by the Minister of Education or the Minister of Youth and Sports, their cabinet directors or directors of physical activity and sport, physical education or school sport.

The election of new presidents, the appointment of new ministers and new administrations meant that delegations, generally, did not have a full understanding of the purpose and benefits of their Countries’ membership within the WSAIGO, or know about the existence of youth education programs andtraining of managers and the negotiation of partnerships for the construction of sports infrastructures for youth. 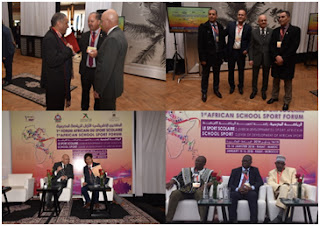 The Secretary General and the Director of Cabinet therefore recalled the WSA’s history and the nature of its collaboration with the Member States. They discussed the 2008-2015 MDG period and the difficulty of concluding public-private partnerships with Countries under structural adjustment agreements with the Bretton Woods institutions. They presented the new financing paths of the SDG 2015 - 2030 period, more in line with the innovation economy.

They announced the upcoming Initial Token Offering (ITO), coinciding with the Davos World Economic Forum being held from the 23rd to 26th of January of 2018, of the IGObit, the official digital token of the WSAIGO, its affiliated entities, projects and initiatives that form theWSA Ecosystem made for the Global Citizens, to finance economic partnerships and local sports projects. Links to the www.igobit.com website were sent to the representatives of the participating Member States. 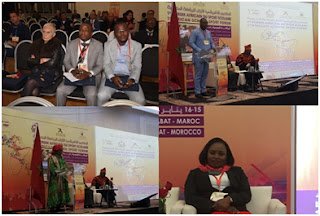 The delegations of the WSAIGO Member States showed lack of understanding of the cooperation and action to be taken between them and the WSAIGO Intergovernmental Organization over the previous years, but demonstrated their keen interest and even their great enthusiasm to the five (5) key proposals presented by Dr. Gilles Klein, related to a multilateral collaboration to be established to foster SDP initiatives in Africa.  All delegations wished to revive cooperation as soon as possible. Armed with their African experience on the ground, the Secretary General and the Director of Cabinet declared that they will not propose, to Africa, white elephants, i.e.: these complex but sterile administrative scaffolds. 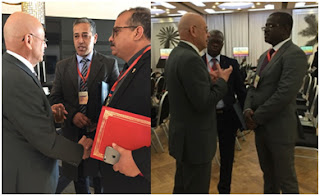 They will regularly inform the delegations of the participating Member States, as well as the thirty-eight African delegations present in Rabat, of the evolution of the IGObit fundraising and the possibility of sitting around a table to discuss concrete projectsadapted to the needs of the African youth. Finally, several heads of delegations expressed the wish to quickly start the process of becoming a Member State of the World Sports Alliance Intergovernmental Organization, these Countries include Gabon, Cameroun, Tanzania and Kenya just to mention a few.

As always, the meeting with the delegations of the WSA’s Member States presented opportunities for moments of exchange and fraternity.
Posted by Unknown at 2:01 PM